Q: Is it possible to have a clear outline of the Bauhaus evolution?

“Green is like a fat, very healthy cow lying still and unmoving, only capable of chewing the cud, regarding the world with stupid dull eyes.”

_Kandinsky_
the concept
This project shows the research I made regarding the Bauhaus design school, especially for what concerns the method and the approach used for teaching graphic design and the resulting unique style of the artworks produced.

the project
This project is divided into four parts which guides the reader from a general overview of the school to the analysis of the graphic artefacts produced by the students of the school.
The first part explores the european context, where the Bauhaus school was born, presenting the three locations of Weimar, Dessau and Berlin. The second part introduces the three school directors and the didactic reforms focusing on the preparatory course. The third part examines the dynamic structure of teaching focusing in particular on the graphic design class and its teachers. The last part is a small anthology of the most relevant graphic artefacts, in a chronological and thematic order, trying to define the peculiar style of each product that years later has influenced the visual language of graphic design.
The overall layout of the book and the visual style are deliberately in a Bauhaus style, inspired by the Bauhausbücher (Bauhaus books).
my role
I did initially a deep an extended research especially through books and archive materials to collect all relevant informations regarding graphic design at the Bauhaus school. Later I summarized all of them in a series of infographics. Together with my team we also designed the overall layout and the visual style of the resulting book. 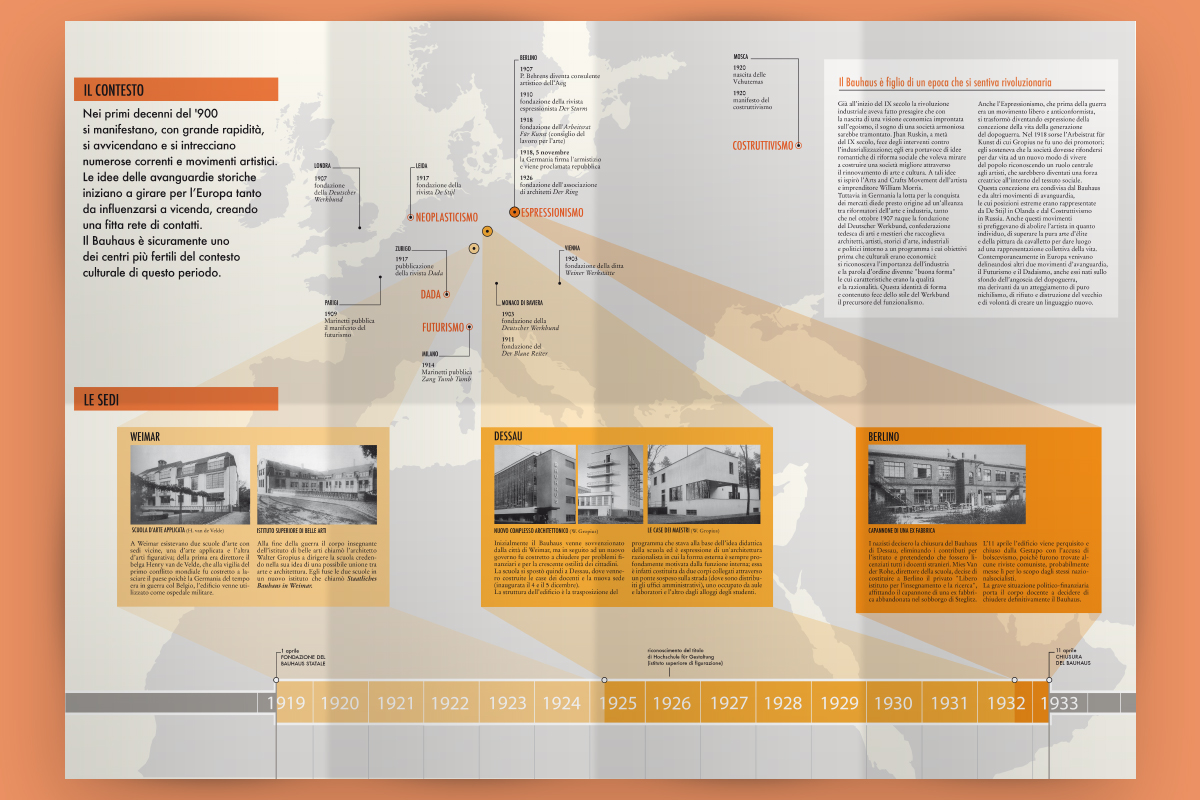 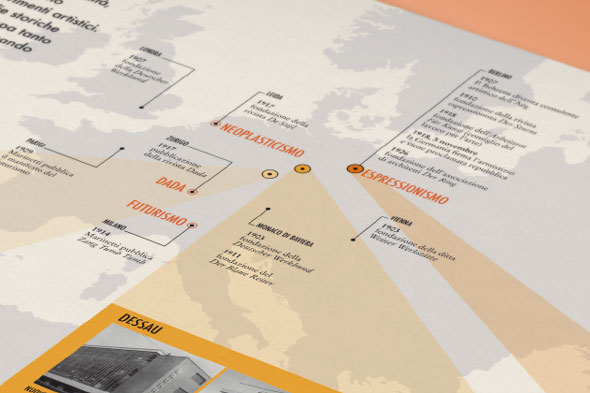 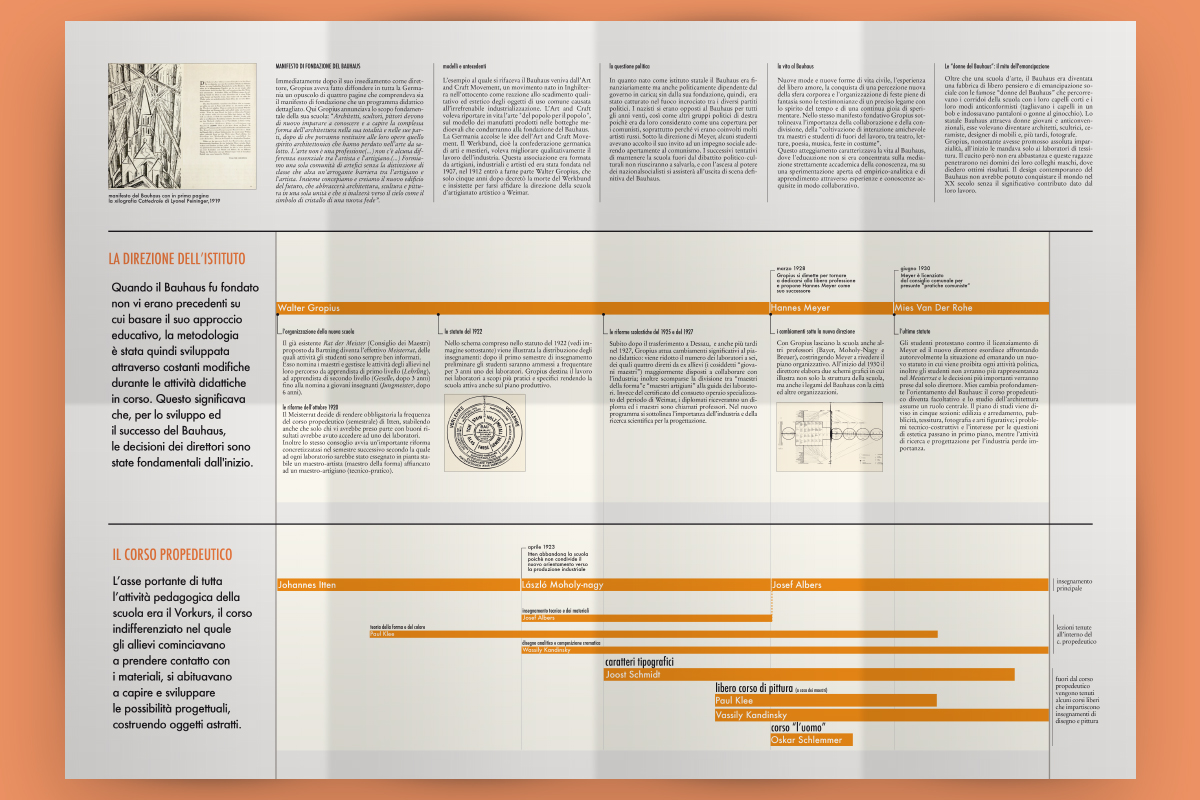 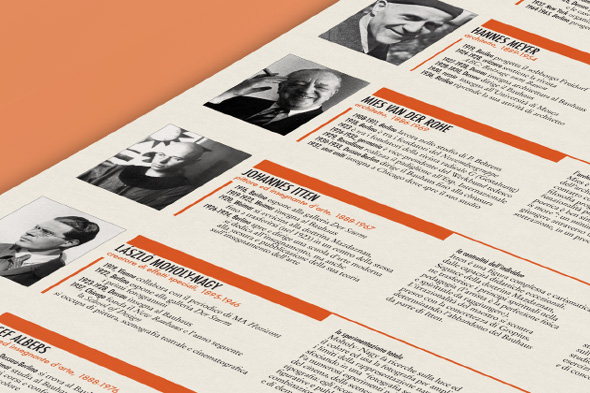 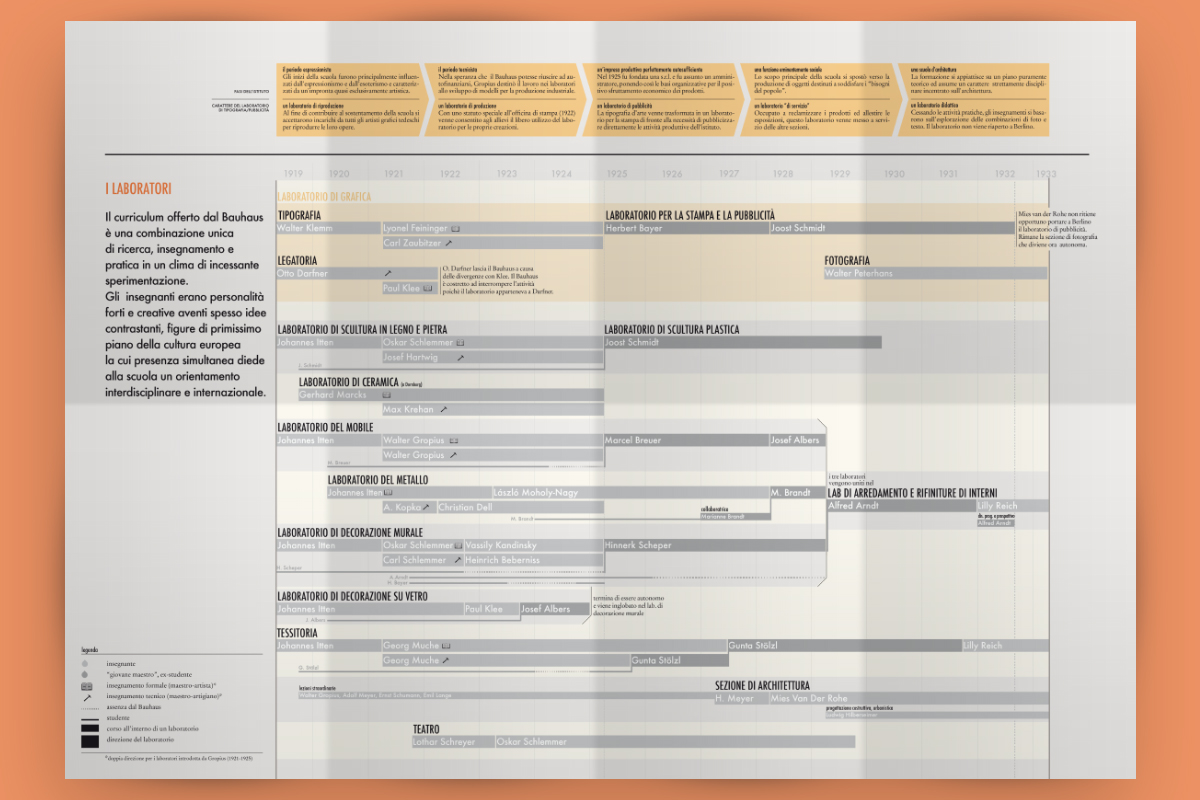 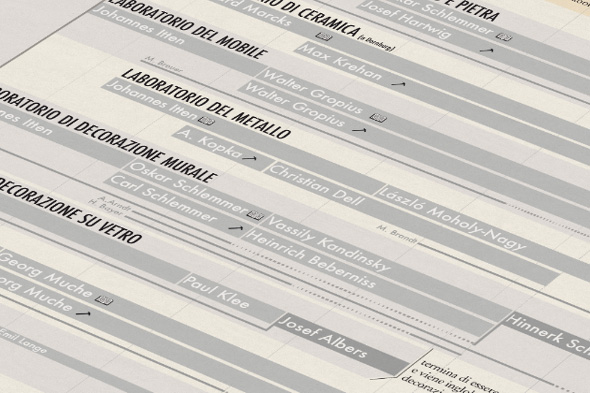 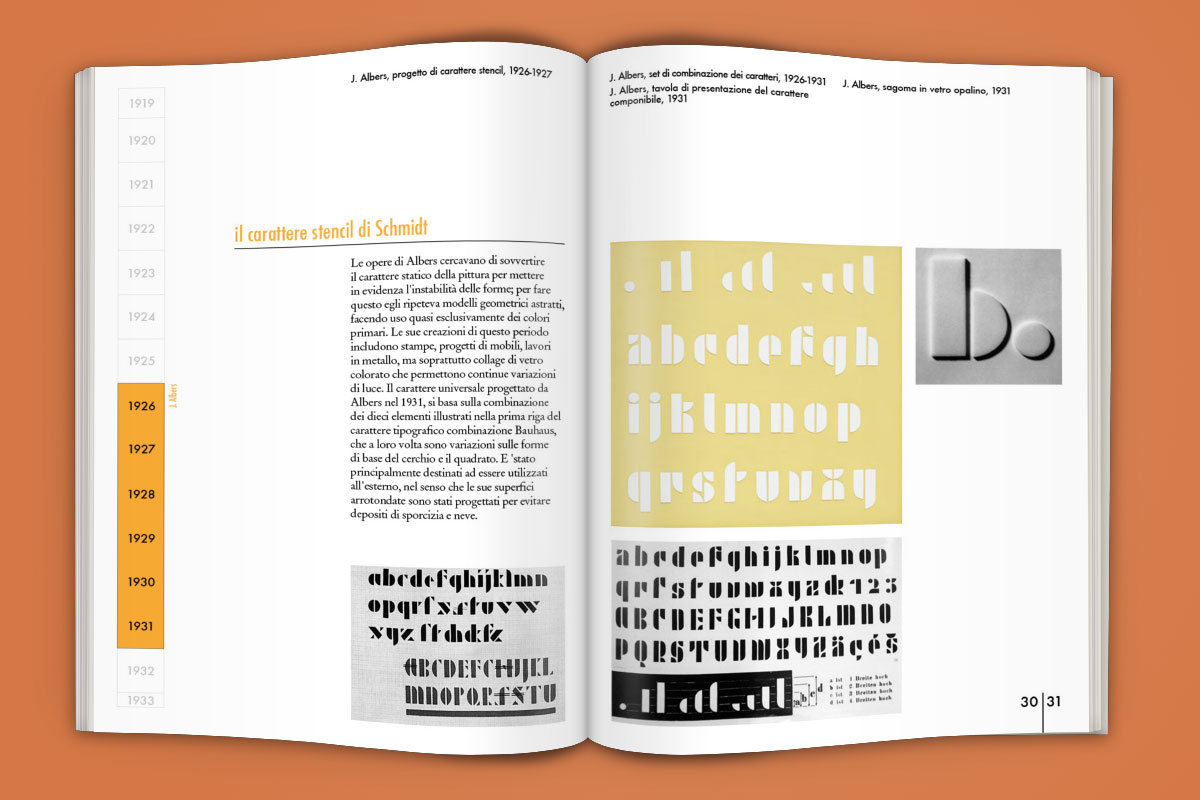 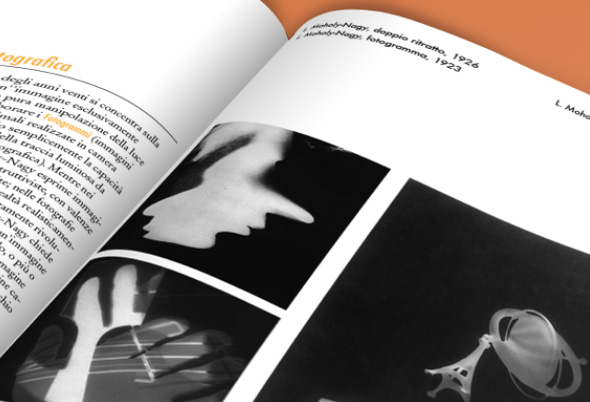