an app to improve visual intelligence

Q: How people could be motivated in making relationship between environment and knowledge?

“Creativity is the ability to see relationships where none exist.”

_Thomas Disch_
the concept
Creativity plays an important role in the design process and in particular a designer owns the ability of visual thinking. The purpose of this app is to create a community of designers and professionals, who likes to share their interests towards creativity and their amazing visual design artworks, in order to inspire and get inspired. The app train the user by offering always a different exercise (a daily challenge) to create visual relations.

the project
Eureka turns a mobile device into a tool to observe and manipulate the surrounding space, the app uses the camera which is now equipped with filters and image distortion, in order to encourage the user to create connections and meaningful relations between physical elements of the real world with specific given lexical terms.
The application is not a social network, and wants to focus the attention from the community to the single, not as an individual, but more as all the ideas that he is able to generate, the so called ‘eurekas’. An eureka is a picture, a photograph manipulated and distorted through all embedded filters that are based on the principles of Gestalt and cognitive psychology.
Each eureka comes from the topic of the day: a commonly used term (such as physical objects to be found on the real world), associated with a figure of speech, which indicates the type of relationship that the user should create between the term and the surrounding environment.
With Eureka the user interacts actively with the environment, manipulating the environment according to the topic of the day and the figure of speech, and in the meantime is inspired by what other users are doing, in a perpetual circle of shared ideas.
my role
I started from a deep research to better focus and define the topic. I developed a concept and I defined the general architecture and the main functions of the app. I did some initial wireframes to study the layout and the user interactions, I built some flow maps, testing the service and the validity of the experience. I designed some key screens for the app, defining the visual style, I built an animated video prototype to show how the app could work through all its functions. I shooted and edited the video scenario, and I made a final presentation to summarize the project and explain the process from the initial research to the prototype. 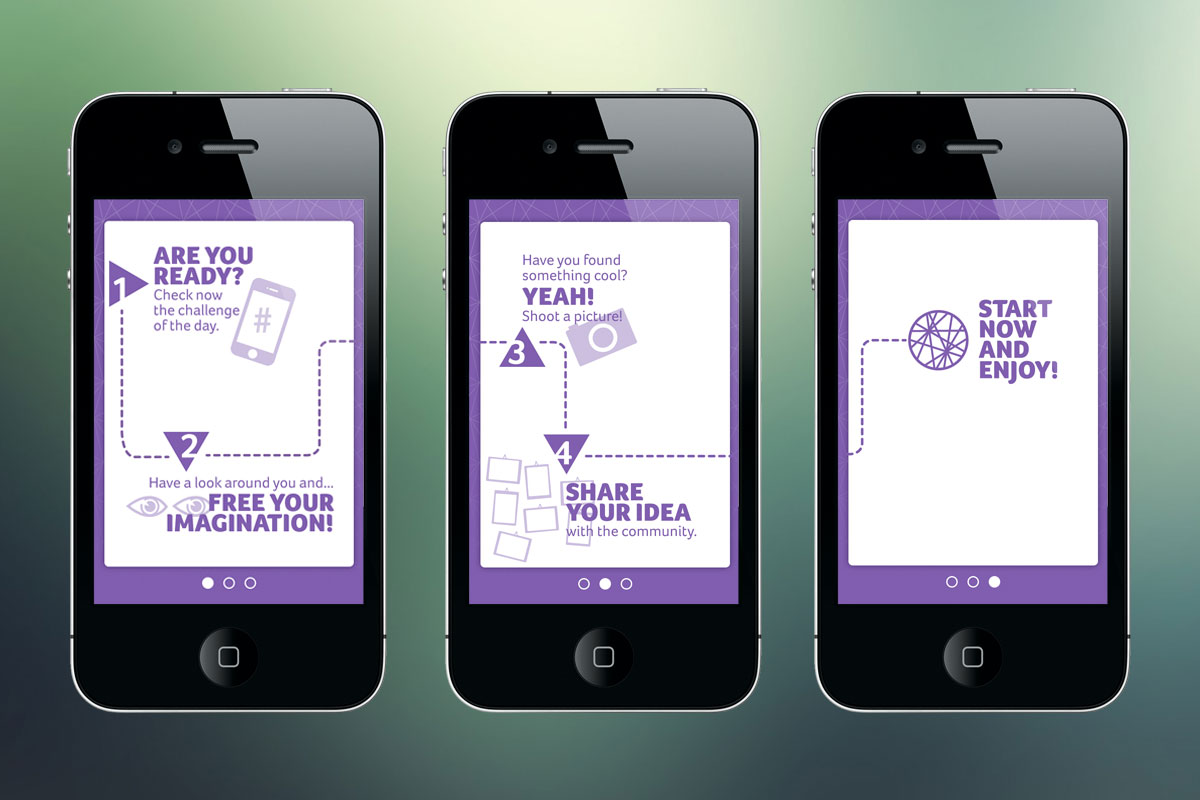 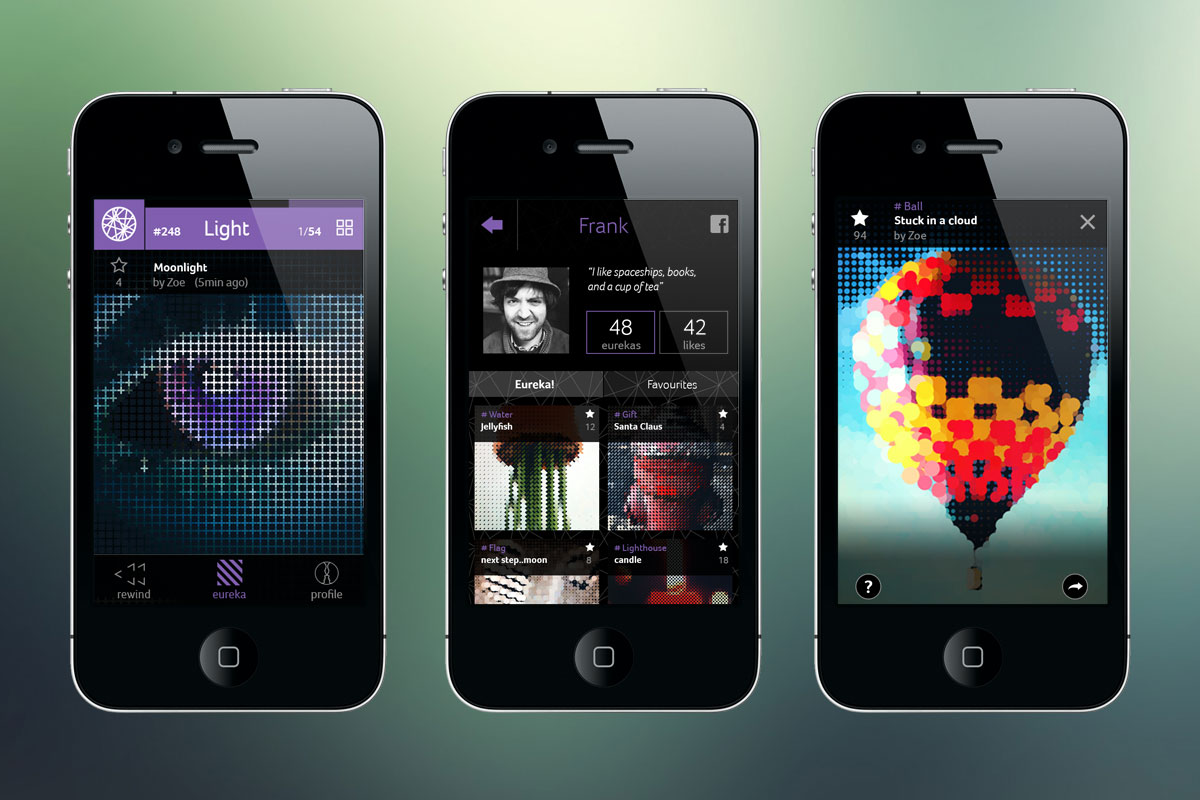 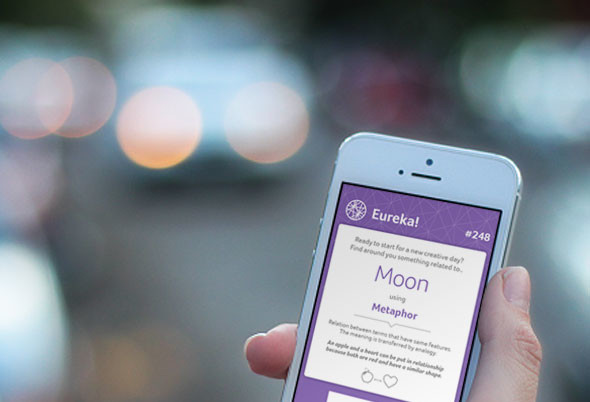