a book about creativity

Q: What is creativity and how does it work?

“If there is one word that makes creative people different from others, it is the word complexity. Instead of being an individual, they are a multitude.”

_Mihaly Csikszentmihalyi_
the concept
Although “creativity” is a familiar word, we are not still able today to provide a precise and clear definition of it. Lots of psychologist and scientists tried to study the rules behind it, making experiments and developing theories, but often giving opposite opinions. With this book I’ve tried to collect, summarize and put order in this “big galaxy” of theories analyzing them from a designer point of view to understand how creativity works and consequently affects the final design process, and also if and how it can be eventually trained and improved.

the project
This manual contains all the steps that gave birth to my thesis project Eureka, from the initial research through the historical and psychological analysis, to some of the main theories from schools and authors involved in this field, to some of the existing tools that aims to train creativity, and finally to the app design, including all final detailed screens.
The book is divided into six chapters. The first is about psychological studies and theories. The second one shows analysis of the fundamentals of Cognitive Psychology, especially according to vision: the image perception, the selective attention, the mental images creation and manipulation, the memory and the imagination; in this section I also collected a few examples of graphic design artworks to show how psychological principles can be used to communicate.
The third chapter is about the creative process, it shows how creativity is involved in all phases of a project and explains the most important visual rhetoric relationships. In the fourth one there are the basis of the Eureka app including analysis of existing projects and the detailed concept idea. The fifth chapter explains the project showing the overall architecture and the final design, including visuals and map of the interactions; to better explain the app and its main functions I also created here four different personas to demonstrate and test, through their user journeys, how Eureka can be used. Last chapter is about reflections and possible evolutions of the app.
my role
I made a huge research through books, articles, websites and videos to collect informations about the topic; I organized all materials in macro-areas and I designed some diagrams and infographics. Regarding the book I designed everything, from the cover to the logo to the book layout and the overall visual style. 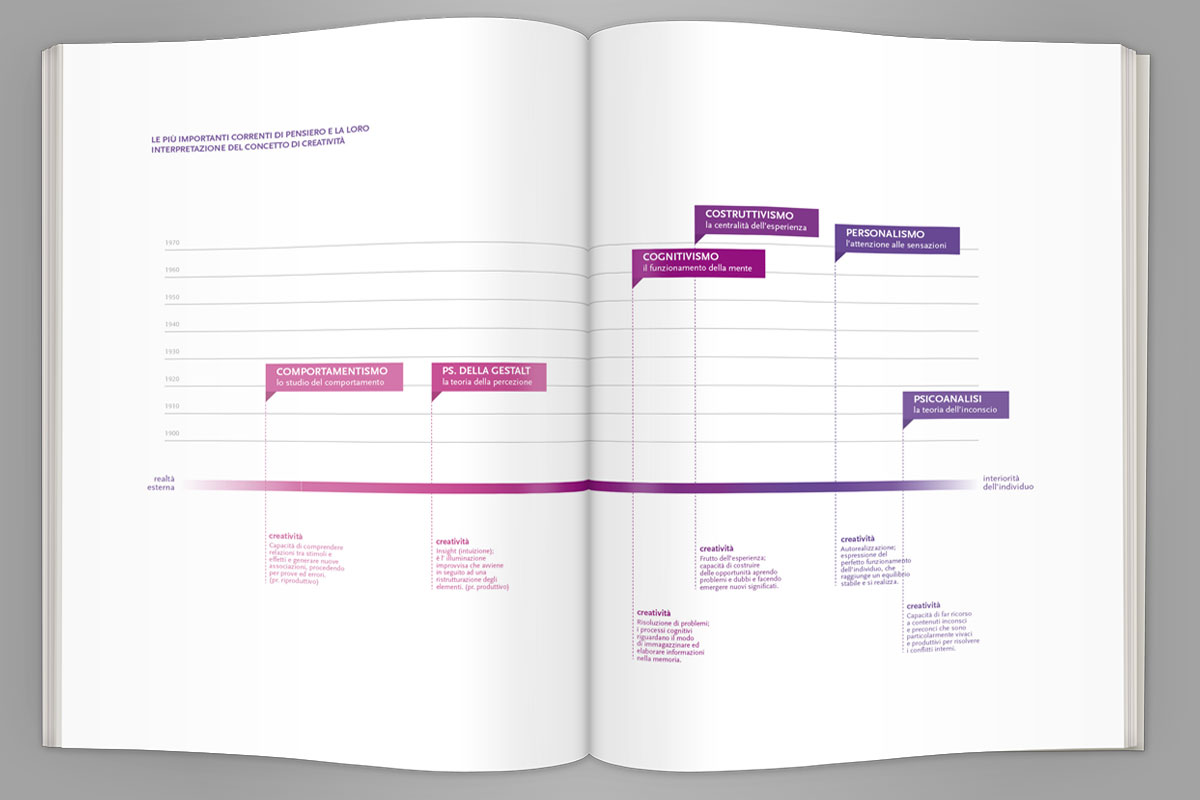 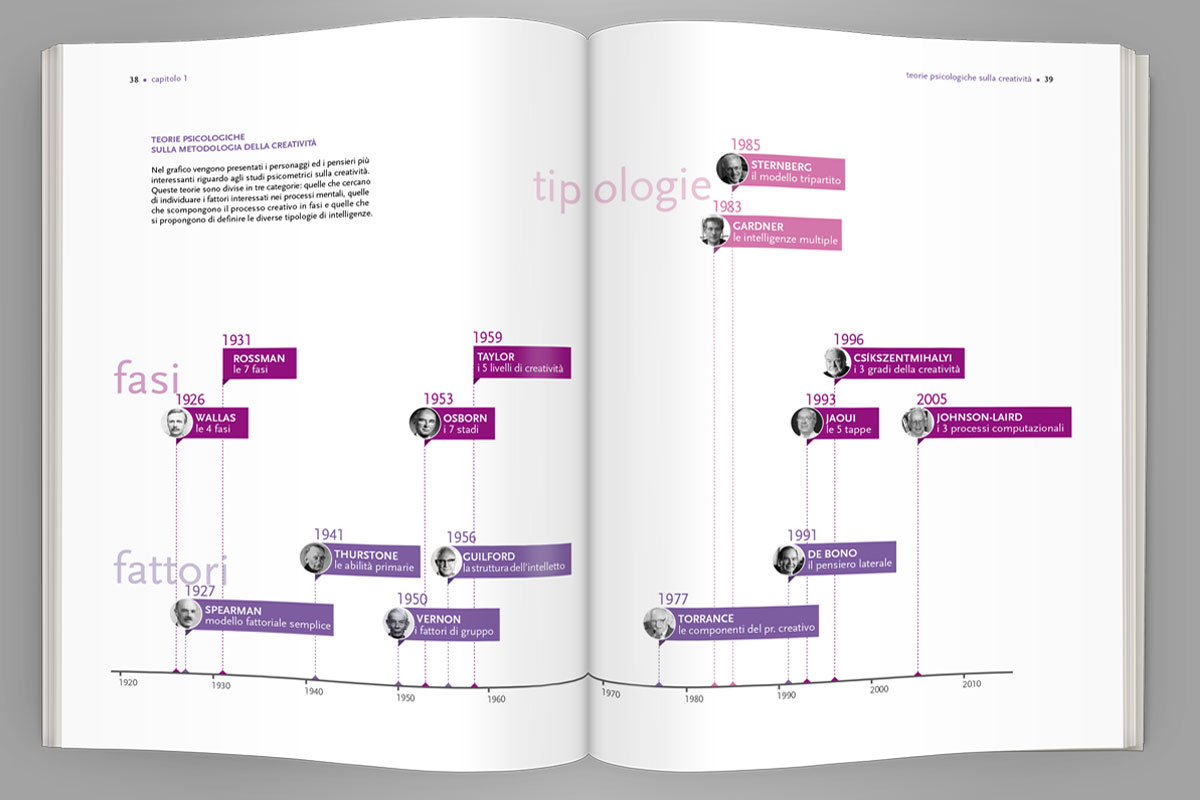 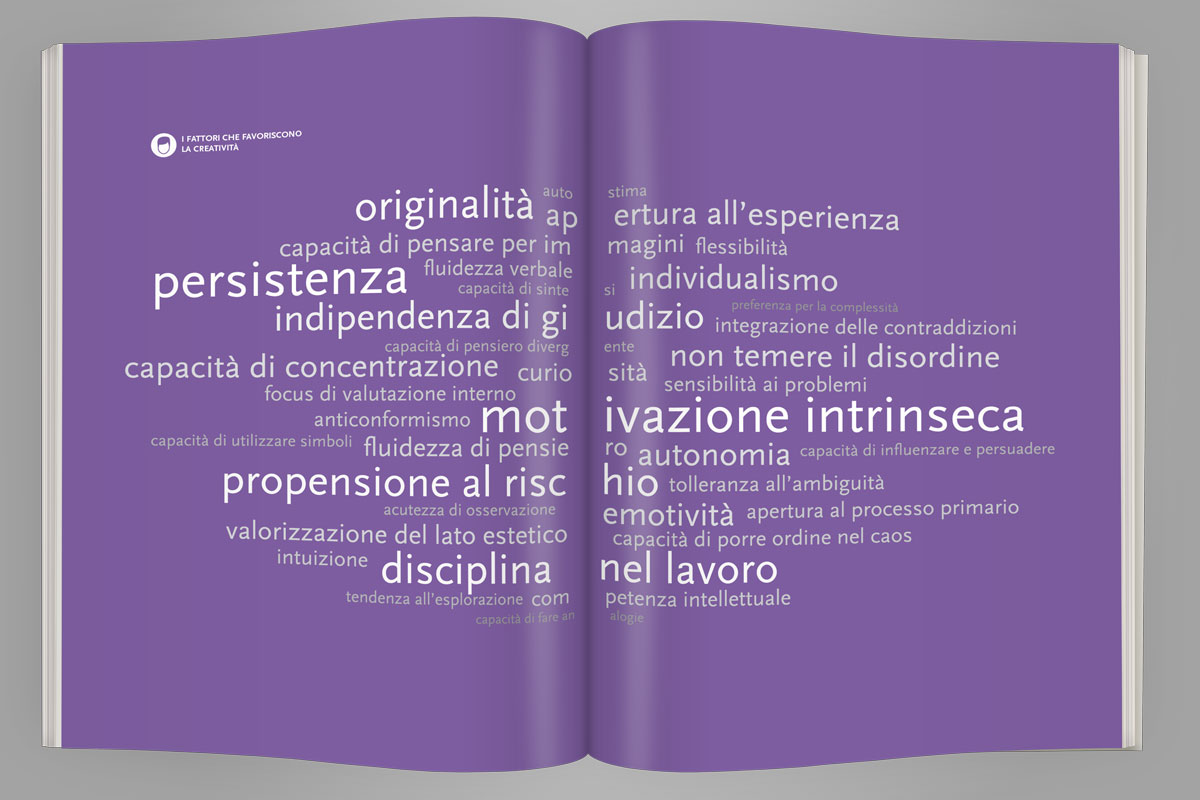 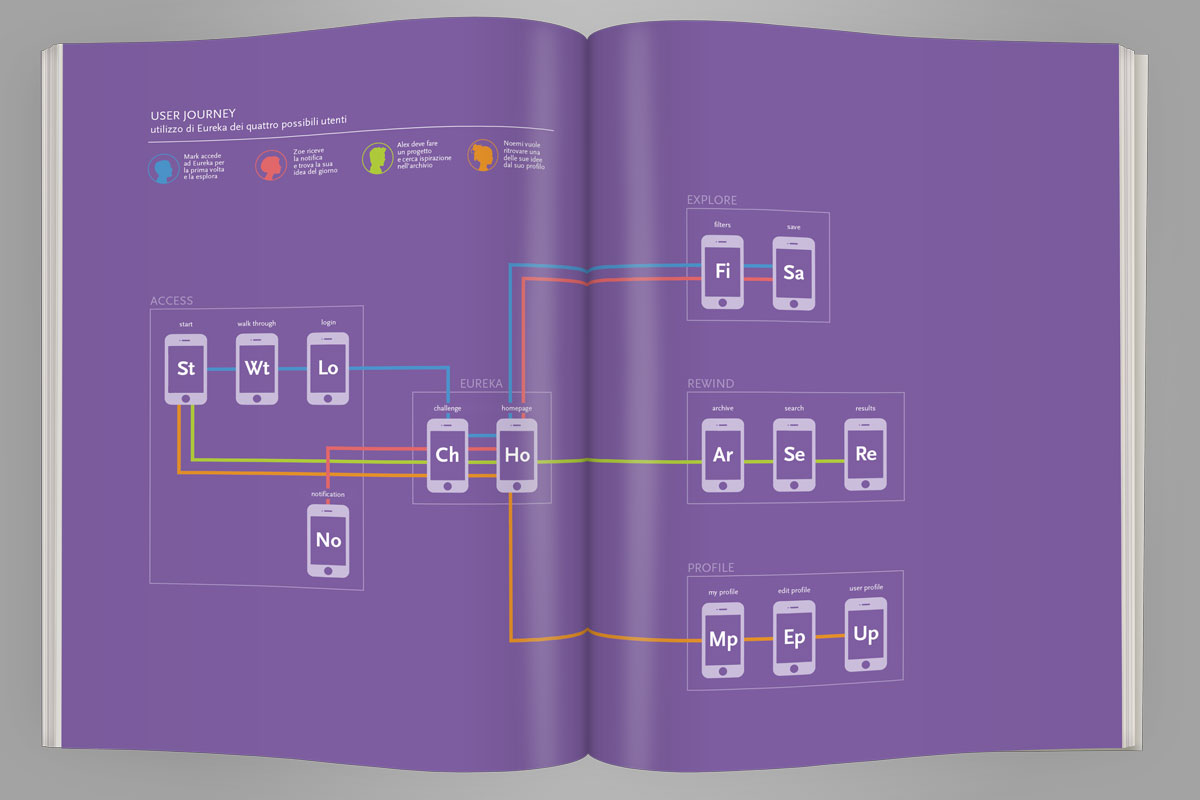 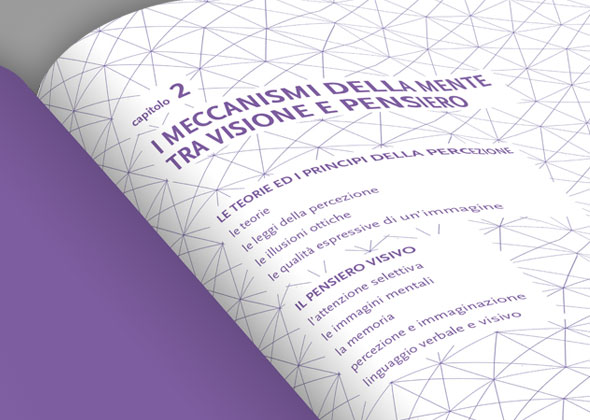 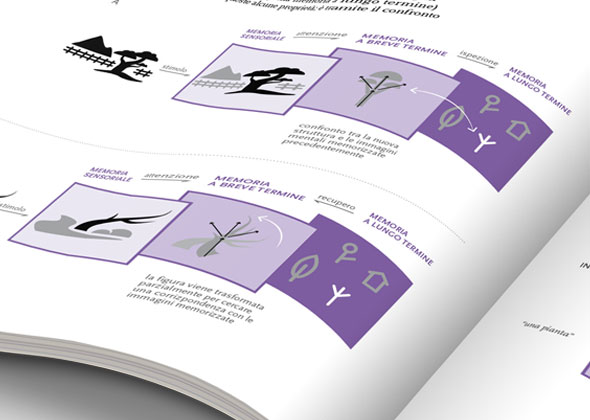 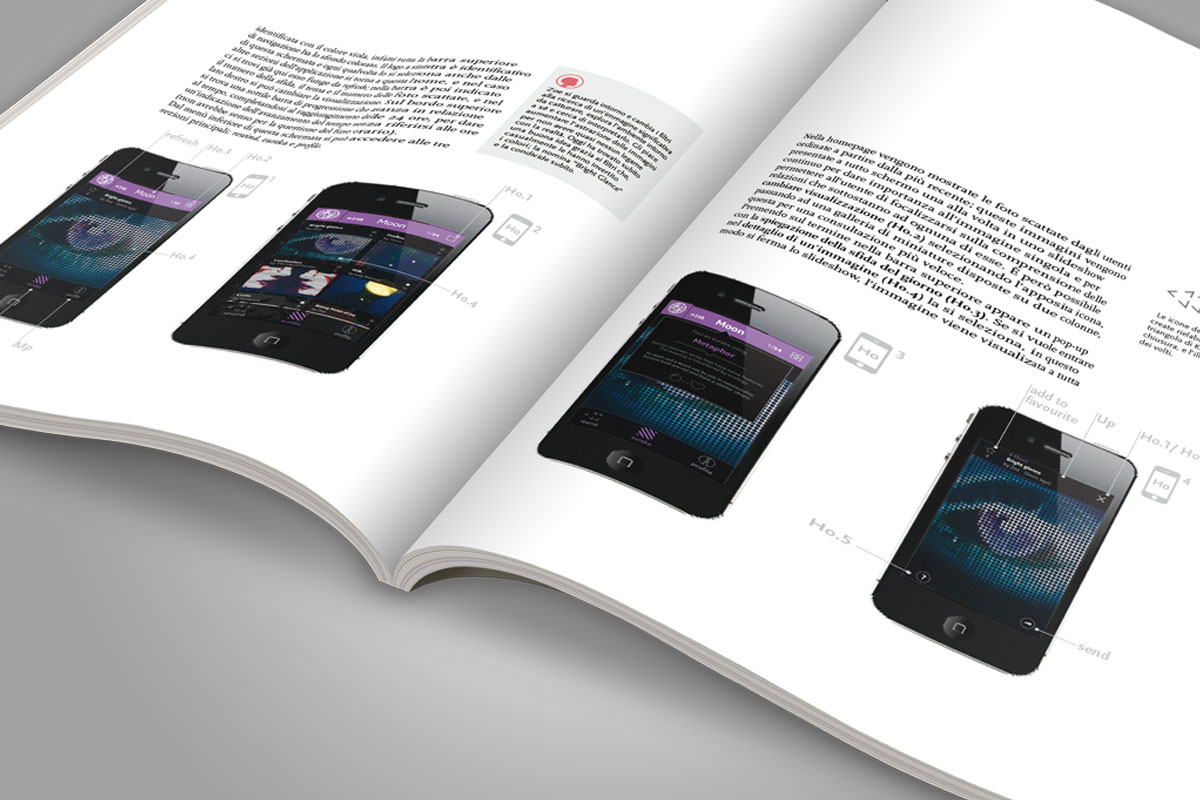 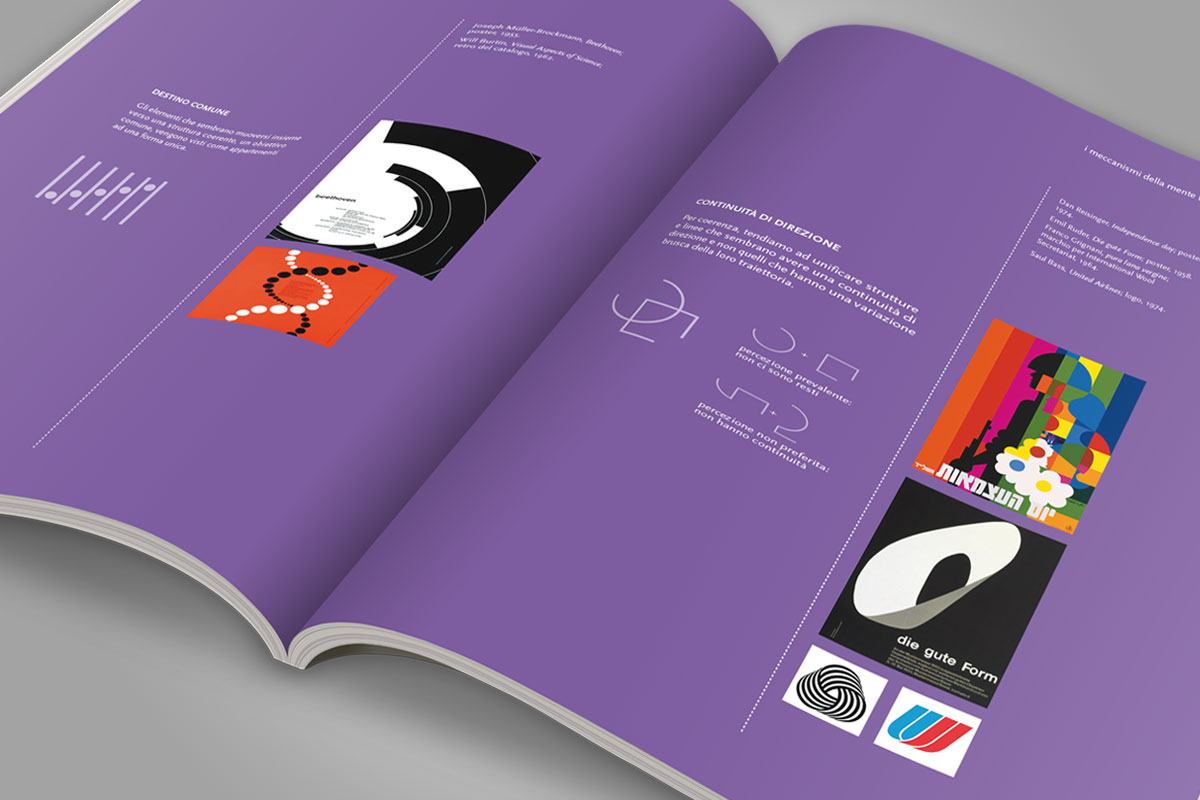 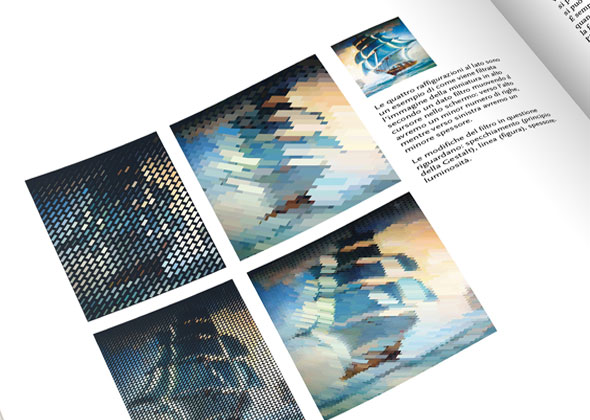