when the web becomes democratic

Q: What was the web influence in the italian referendum in 2011?

“The web is more a social creation than a technical one.”

_Tim Berners-Lee_
the concept
While TV was indifferent, Internet was one of the most important tools to stay update about the italian referendum in 2011 and it encouraged people to express their opinion and to discuss together. This project analyzes the relationship between mass media and turnout, focusing on the latest italian referendum, with the purpose of observing how informations and discussions from internet manage to promote and rise public awareness.

the project
In the first page I compare data about the evolution of mass media in Italy and the turnout in referendums from 1974 to 2011; it’s easy to see when the referendum managed to gain the quorum. I focus then on the latest referendum to show the difference between the real quorum and the web quorum, this related to the percentage of people who use the web to read news and stay informed (the total isn’t 100% because it was possible to answer more than one question). Web data are finally analyzed to show where and when users talked about the referendum and what they said.
Where. The 10 most visited websites are filtered by typology and, for each, resulting positive, negative and neutral opinions are visualized.
When. The area chart displays the amount of recurring keywords in Google search engine for each referendum topic; it’s interesting to see how the Fukushima disaster caused a vivid discussion that allowed the nuclear topic gaining a virtual quorum.
What. It shows the percentage of positive, negative and neutral opinions across the web and the resulting virtual quorum which is much bigger than the real one.
my role
This is a self made project, I worked from the very beginning researching and collecting data which I later filtered and organised into a full story. Infographics, layout and the overall visual style is all done by me. 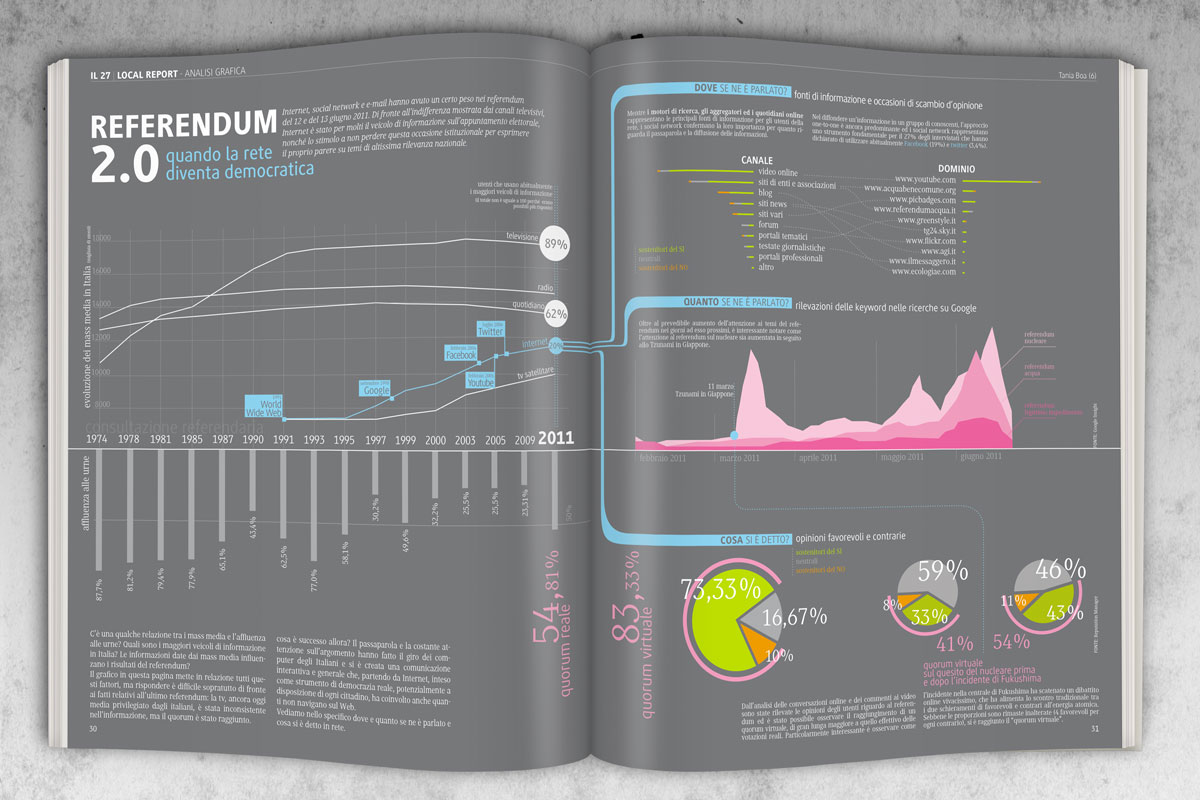 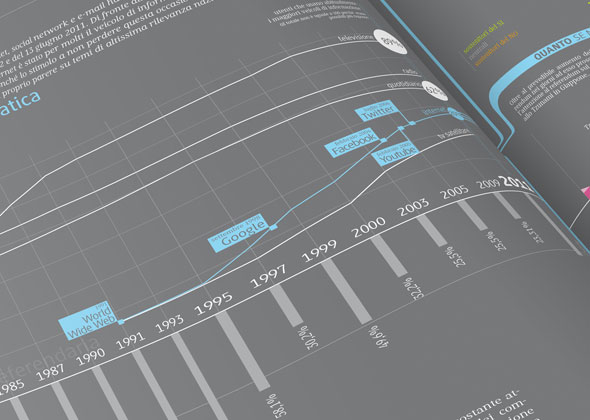 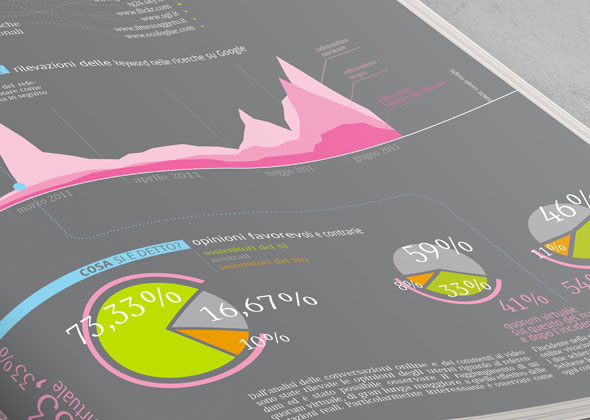