It’s time to run. Are you ready?

Q: Could an app convey the high tide problem in a fun experience?

“When you’re surfing you are living. Everything else is just waiting.”

_Josh Mitchell_
links
interaction venice-project page
ADAA gallery-finalist 2012
the concept
The concept of the application born with runners and surfers in mind. For this target audience Venice is the perfect city (no cars and beautiful paths) but sometimes, when high water is occurring, they have to give up because several areas of the city are completely impracticable. We started imaging how to turn this problem into an emotional experience for joggers: why don’t run and being followed by the high tide? Runners are invited so to consider obstacles such as high water not as a barrier to their activity but as an unusual challenge. We were highly influenced and inspired by the surfing world: surfing is perceived by its participants not as a sport but as a way of life. For every surfer the everyday routine means just waiting for the next surfing experience, and the same for our Venetian runners.

the project
Tide’s Up is a mobile phone application that allows joggers to train while focusing on the emotional value of the running experience. The app works when high water takes place in Venice and allows every jogger to run and escape from the high tide. The arrival order is not relevant since the app aims to create more a flash mob than a real sport competition.
Tide’s up works in two modes: training and waiting.
The waiting mode shows a countdown alert to inform the user on the next high water event. On the day of the event the app indicates the starting point and the route (different for each runner); and the arrival which is by default the same for every runner. The training mode allows every runner to train alone, to discover new routes or to test paths shared by the runner’s community.
The app is sound based, it guides the jogger by modifying the music he is listening to while running. For example, it can switch all the sound into just one earphone before a detour so that the jogger knows he must turn in the direction of the sound. Verbal instructions are avoided, preferring a more intuitive audio stimulation.
my role
We worked as a team from the beginning defining together the concept and the general structure. After the concept phase I mainly worked on the visual style, designing the app interface and all detailed screens. I also acted a small part in the video shooting. 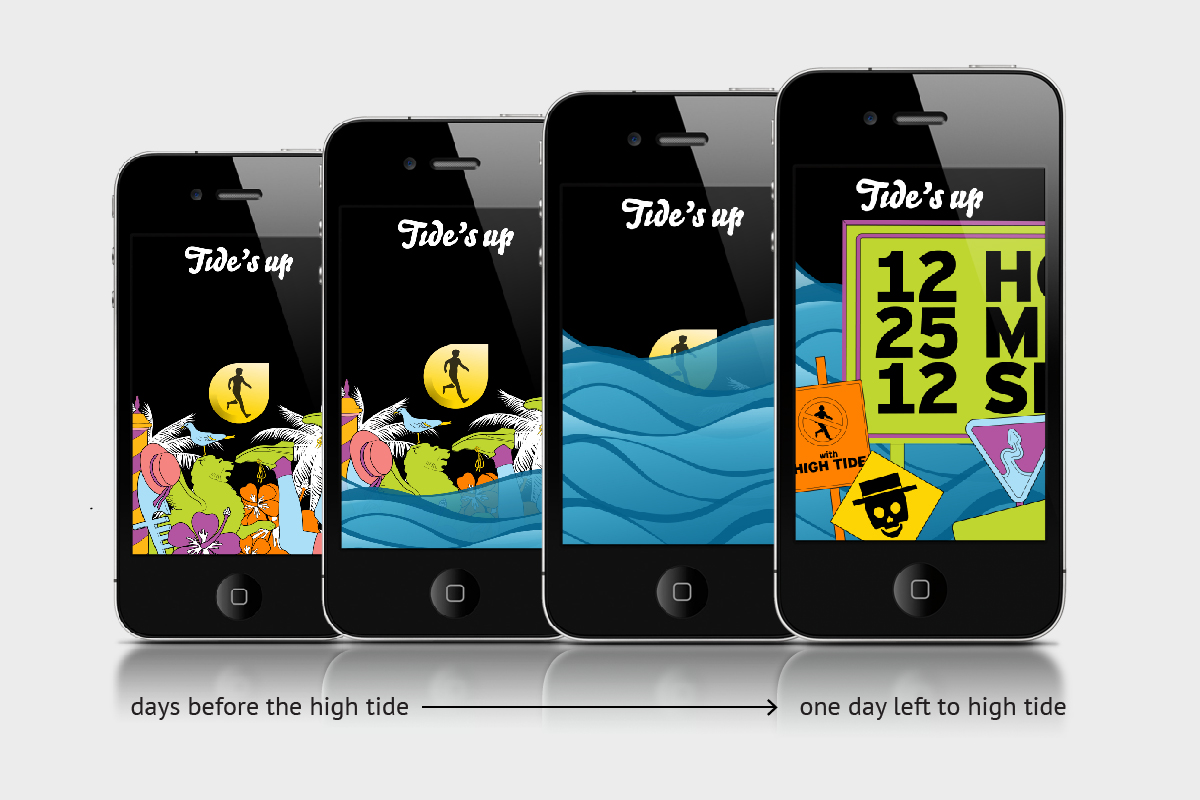 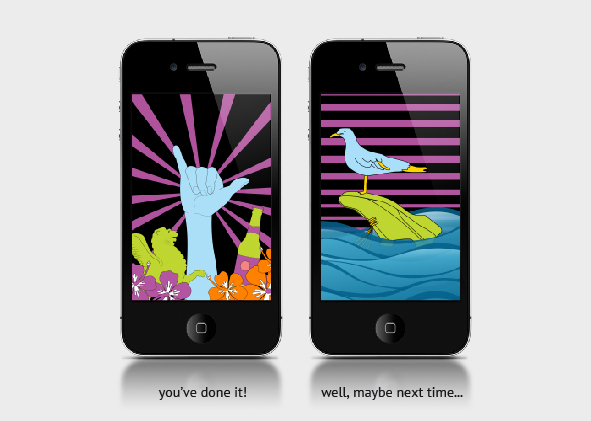 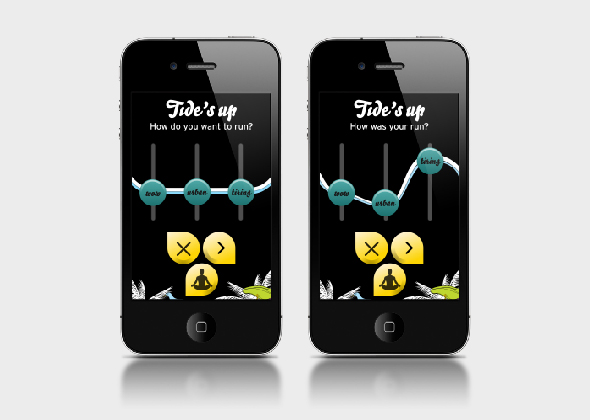